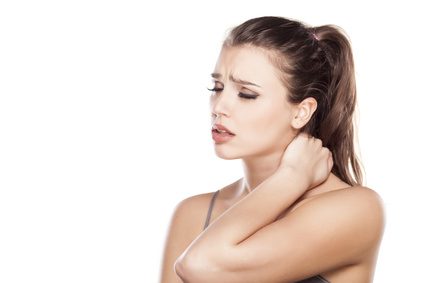 The power of human touch is a power that cannot be overstated. We all know that touch through massage therapy heals by soothing sore muscles and improving blood circulation, but did you know there are a few ways massage also cures the blues? Here are 5 of them:

There is an additional medial rotation of the shoulders and internal rotation of the arms resulting in a kyphosis that further restricts breathing. Without the support of the thoracic region, the head and neck will move forward and down and further into collapse.

All this distortion of the upper body will lead to further distortion in the lower body and give the structure an image of being fully collapsed. The degree of structural collapse will depend upon the severity of depression and its duration.

Applying massage with the goal of releasing the structural collapse associated with depression will bring the client from a hopeless, helpless collapsed structure to one that is supported and erect. This sense of support will give the client feelings of being stronger and more capable of dealing with the issues of their depression. [source]

Consider this: In a study performed by the International Journal of Neuroscience, Twenty-six adults were given a chair massage, and 24 control group adults were asked to relax in the massage chair for 15 minutes, two times per week for five weeks.

I was in pain from a huge headache and shoulder & neck pain all day.  I searched for a LMT in the area and found Kristen's site. The website and previous reviews led me to book a Swedish Massage for later the same day. Kristen met me in the lobby 15 minutes before my scheduled appointment time, went over my issues with me and allowed me "to undress to my level of comfort".   She began my massage a little early and paid special attention to my troublesome areas. I left much better than I arrived and have booked a deep tissue massage next time. Beautifully decorated and clean facility. Kristin was very thorough and allowed me to simply relax while she worked on me. Would highly recommend her!